Mixed martial arts have become more and more popular over the years, especially given the critical acclaim that UFC has received. There is something about this sport that attracts people, and since it involves testing your skills and strength against an opponent, it appeals to many people interested in contact sports. If you’ve ended up here searching for the best MMA books, you might want to check out The Voice of Reason by Chael Sonnen. Sonnen is one of the best-known and most feared fighters of the UFC and this book tells you some things about his evolution, others about his MMA techniques, and a variety of other tips. If you’re looking for something different, we suggest you check out Mastering the Rubber Guard: Jiu Jitsu for Mixed Martial Arts Competition by Eddie Bravo.

Whether you’re in searching for the right MMA training books or just some good books about MMA fighters, you’re likely to find something you’d be interested in if you browse through the selection below.

1. The Voice of Reason by Chael Sonnen 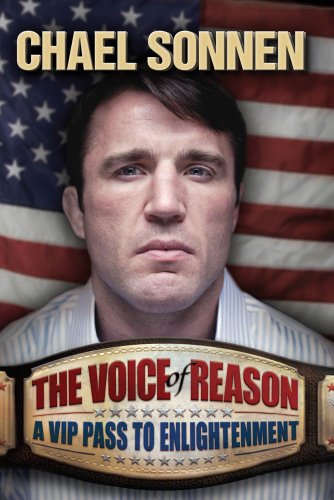 Chael Sonnen is an American mixed martial artist that has been a professional MMA competitor ever since 1997. He defeated Ben Hailey back in 1997, and then he did the same with Jason “Mayhem” Miller.

The best thing about this book is that you aren’t going to come across any technical jargon. Sonnen has written the book in such a way so that it’s easy to understand whether you’re into combat sports or not. You don’t have to have a Ph.D. in quantum physics to make the most of his tips and tricks.

Since the book is written in the first person, it’s far more relatable compared to others in the same category. You can get this title in print (paperback and hardcover) but also as an ebook or audiobook. 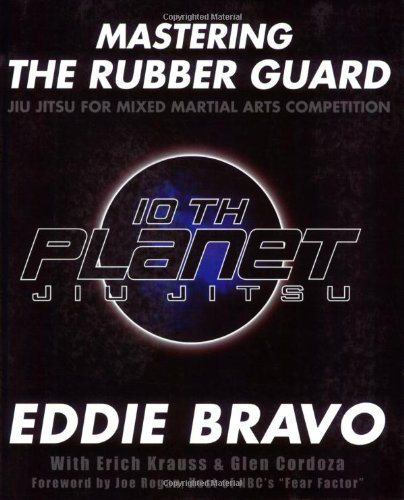 If what you have been looking for are the best MMA books to read but you are more focused on the training part and you’re looking for new ways to get an advantage over your opponent, this is the title to consider.

Eddie Bravo teaches you a new series of techniques that you can’t find in similar titles. If you are a visual learner and you tend to learn better when you’re looking at a picture rather than reading boring text, you’ll be glad to know that this title comes with lots of color photographs.

This one isn’t available in other formats besides the print one and that’s probably due to the thousands of photos showcased in it. Some of the folks that have taken the time to review it say that it can help you learn an amazing MMA offensive and defense system.

3. My Fight / Your Fight by Ronda Rousey 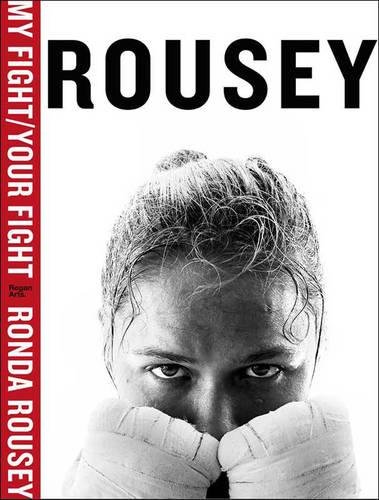 Clearly, Ronda Rousey needs no introduction. She has been a household name across the world over the past decade or so and she ended up being one of the best-known professional fighters across the glove. She started out back in 2010 as an MMA practitioner and then she became the first American woman to earn the Olympics in judo.

If you like books that are a bit on the autobiographical side of things and you’d like to learn as much as you can about how Ronda managed to get so good at what she does, definitely consider this one.

The neat thing about this title is that it’s also available in paperback and hardcover, but also as an audiobook and an electronic book for your Kindle or other e-reading devices. Over one thousand readers seem to think that this is one of the best MMA fighter books out there at this time.

4. Mental Combat: The Sports Psychology Secrets You Can Use to Dominate Any Event by Phil Pierce 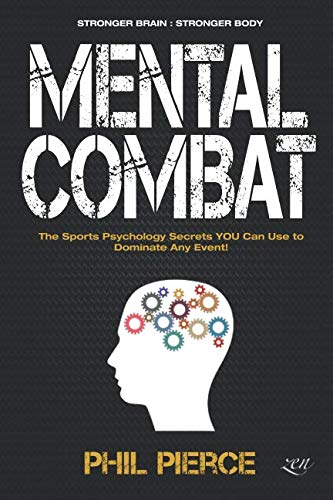 While this isn’t an MMA book per se, it will definitely help you take your skills and performance to a whole new level. You probably know by now that the best fighters and athletes rely on sports psychology to manage their nerves, boost their motivation, and improve their capabilities.

Thanks to this book, you will get insight into how sports psychology can assist you in achieving your goals. As a martial arts and fitness coach and bestselling author, Phil Pierce knows what he’s talking about. He can give you the advice that you need, not the one that you could just as well do without.

Some of those that have decided to try out this book seem to have nothing but favorable things to say about it. It’s written well, so you aren’t going to have to worry about not comprehending the jargon in it. Also, it is captivating enough for you not to want to put it down even after reading for over an hour.

5. Win or Learn: MMA, Conor McGregor & Me: A Trainer’s Journey by John Kavanagh 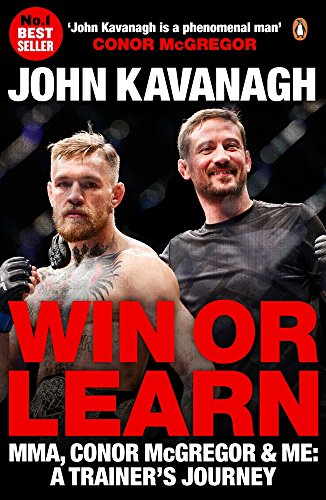 Sometimes, some of the greatest books about MMA are written by the trainers of famous fighters, not by the fighters themselves. In any case, it’s a good idea to get as much info straight from the horse’s mouth as possible, so definitely check out this title if you’re looking for something different.

John Kavanagh is the real example of what motivation and hard work can help a person to achieve. He is a guru to young men and women who are looking to master the arts of combat. As the trainer of one of the most charismatic champions in the world, Kavanah has become a magnet for fighters across the world.

This is a tale of discipline, persistence, and ambition that you definitely want to read if you need a boost in your motivation. It’s available both in print and in an electronic format and it’s about 240-pages long, so it’s not going to take you too much time to read.

6. The Fighter’s Mind: Inside the Mental Game by Sam Sheridan 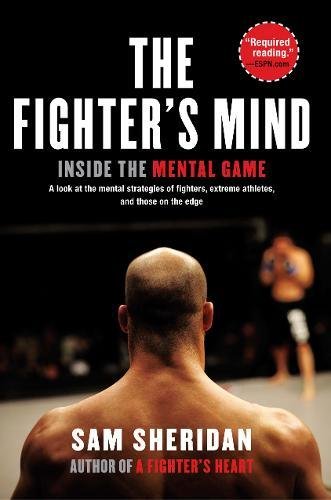 We couldn’t help noticing that one of the most popular MMA fighter books that we have come across is this one by Sam Sheridan. It’s packed with tips and tricks, as well as a variety of techniques that you can rely on to better your skills and endurance.

Sheridan tells you what the secrets of mental strength and success really are, and he does so by interviewing dozens of highly dangerous men from champion fighters and legendary wrestlers to celebrated trainers.

Some of those that have read this book describe it as being excellent. Sheridan is clearly intelligent, and the questions that he has asked these fighters are the right ones. You can tell that he’s also a deep thinker and wants to know what makes some fighters stand out from the crowd and how you can do the same.

The book isn’t your typical sports psychology title, but Sheridan does cover a lot of that, as well. It’s very enjoyable, thanks to the format and the many interviews you’ll go through.

7. The Combat Sports Strength and Conditioning Manual by Will Morrill 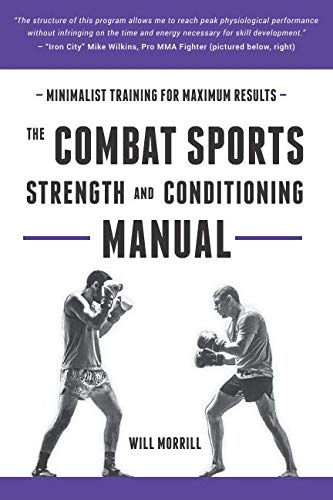 If you want to make the most of your training sessions and you don’t want your motivation and hard work to go to waste, you should definitely consider reading this book. You can use the system outlined in the manual to become a part of a small select group that trains intelligently.

With this effective system, you can maximize your mobility, strength, and power, but you can also periodize your training, especially for long term success. Also, you will be able to cut your weight properly, build your conditioning, as well as develop ways of avoiding trauma.

You can rely on this book to teach you everything you should know if you’re an MMA fighter, wrestler, boxer, Jiu-Jitsu practitioner, or any other type of martial artist. Most readers describe this book as being simple yet incredibly deep.

The popularity of MMA books has grown a lot over the past decade or so. This has happened with lots of other books that deal with professional fighting, no matter whether they deal with boxing, wrestling, or a variety of other contact sports.

Good MMA books can help you take your skills to a whole new level or just read a really good story of ambition and persistence. Here’s a guide on how you can pick the right titles for your needs.

There are roughly two kinds of books that you should bear in mind. Some of them are written by trainers, others are written by sports psychologists, but you also have a pretty good number of books by MMA fighters themselves. The style of all of these differs from one author to the next. 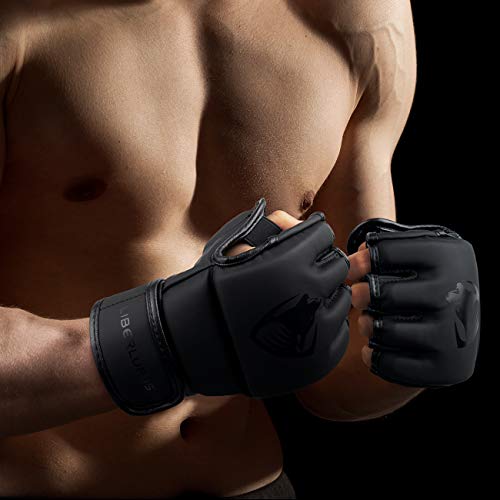 Sometimes, the fighters might not be the right people to teach you how to better your performance, and that’s because not everyone has the gift of teaching. If you’re looking for a title that can give you a boost in terms of your workout, gains, or anything else, one written by a sports psychologist could be your best bet.

While some books can help you improve your skills, others can just tell you the biographical story of a fighter, trainer, or just a well-known individual in the mixed martial arts scene. Which one of these are you looking for? You need to ask yourself this question and also check some MMA book reviews before picking a title. 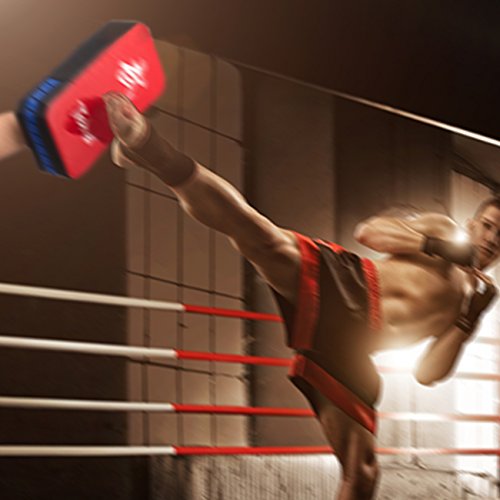 There are also books that can tell you everything you might ever want to know about the history of MMA as a sport. If you’re interested in this, you need to be specific in your research.

You have several options when it comes to the format. Some books are available in paperback and hardback, but they can also be purchased as audiobooks or e-books. Naturally, sometimes it doesn’t make sense to invest in an e-book if you want to learn as much as you can. Most printed books come with pictures or photos and they can explain to you what you’re supposed to do.

However, for those that deal with motivation and ambition, you can get the audiobook and listen to it in the car. This is an extremely convenient method that a lot of people use on a daily basis, especially if they have to commute or drive to work for one hour or so.

Tips to Increase Your MMA Conditioning

Most Common Boxing Injuries You Need to Be Aware Of

Get Your Compression On! Our Recommended Shorts for MMA Sex Appeal 2021