Everyone who trains in any form of combative sport understands the importance of strength and conditioning. The market has been flooded with all sorts of products from all kinds of personalities such as Martin Rooney’s book and website Training for Warriors, Georges St. Pierre’s RushFit program, and Brandon Vera’s endorsement of the TRX suspension system.

With so many products on the market it can make it difficult to differentiate the gimmicks from the training tools that should be a part of every combat athlete’s arsenal.  The Kamagon claims to be one of the latter. 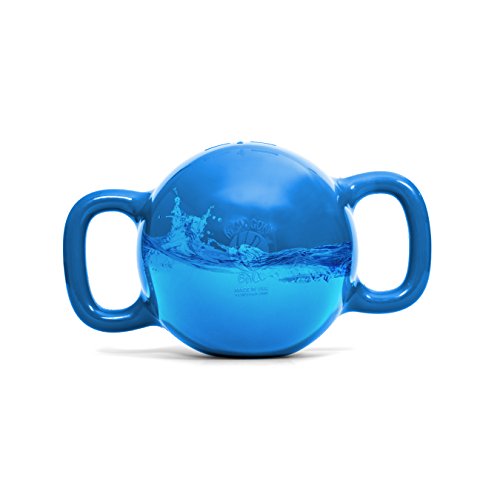 Originally invented by a mixed martial artist, the Kamagon Ball was designed as a way to replace traditional weights with a more functional training tool. An idea that started with putting water into Swiss Balls evolved into the sports and fitness tool that it is today. The Kamagon Ball website does a good job explaining this tool and its intended purpose.

“The Kamagon Ball is a bladderless, water-fillable sphere with two handles and a knob. Without water, the ball’s weight is approximately 5 pounds. Water can be easily added through a port, increasing the ball’s weight at the rate of 8.6 pounds per gallon of water, creating an unstable free weight of as little as 15 pounds or as much as 45 pounds. Using either the handles or the knob, the Kamagon Ball can then be incorporated into a workout regimen that, because of the water movement within the sphere, forces the user to engage stabilizing muscles with each exercise movement.” 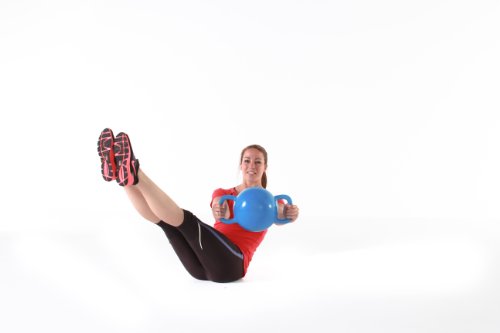 That water movement is what is referred to as Hydro-Inertia. This is the energy and resistance created by the movement of water inside the ball. Hydro-Inertia forces the user to utilize more muscle fibers to stabilize and perform exercises than if they were using normal weights. Ultimately the idea is to increase core strength, stability, and balance.

I recently got to sit in on a workout session with Ultimate Fighter Season 11 fighter Josh “The Beast” Bryant. After being on the show he was able to fight for the UFC at the TUF 11 finale before being released. Since the dismissal, Bryant has gone on to win the Freestyle Cage Fighting 185-pound belt. He now prepares to defend his title for the first time and wouldn’t be caught dead without his Kamagon Ball. Bryant has been able to integrate use of the Kamagon Ball into his circuits with exercises such as squats, burpees, and the always fun, ball slam. The use of the Kamagon Ball has helped Bryant take his conditioning to the next level and he fully expects to be making his reappearance in the UFC shortly.

This is just one example of how the Kamagon Ball can be used to train. Kamagon Fitness has begun certifying trainers in how to run group fitness classes with the ball. Already you can find trainers as far west as California, as far east as Virginia, and even in the middle in Oklahoma and Texas. Typically trainers offer one of three classes.

Kamagon Kore is for working the core muscles, Kamagon Sculpt is for toning and adding definition and Kamagon Kombat is a plyometric workout that focuses on explosive movements. These classes however are not an end all and even a person with a remedial fitness background could take the Kamagon Ball home and maintain a fitness routine. If you were to run out of ideas the Kamagon Ball Youtube page gives nearly 50 examples of exercises and circuits that can be used for training.

Officially making its debut in 2009, the Tulsa, Oklahoma based Kamagon Fitness is a relatively young company. In just a short amount of time they have been able to create a lot of buzz and gain even more notoriety from the sports and fitness industry. Club Business International recognized the Kamagon Ball as one of the top functional training products in health clubs across America. The Kamagon Ball can be found as part of the training arsenal for those in the NFL, MLB, NBA, NHL, as well as NCAA athletes. What was originally designed as a training tool for a mixed martial artist has turned out to be part of the next wave in strength and conditioning.

Boxer Height Chart: How Tall Is The Average Boxer?

How Long Boxing Professionals Fight for Their Career

Get Your Compression On! Our Recommended Shorts for MMA Sex Appeal 2021

How To Clean Boxing Gloves: Discover The Complete Guide