It’s certainly difficult to tell which is the best boxing movie of all. If you’re looking for some entertainment and you’re considering staying in on a Sunday and bingeing on boxing films, you’ve come to the perfect place. Based on our research, the first movie that you should consider is Raging Bull, starring Robert de Niro. As you can expect from a film directed by Martin Scorsese starring this great Italian American actor, it’s pretty violent. Nonetheless, it is the graphic biography of 1949-1951 WBA middleweight boxing champion Jake LaMotta, which had an exciting life, to say the least. The movie is available in a variety of formats from Blu-ray to DVD. in case you prefer something else or you’re looking to watch an inspirational film, you should consider seeing When We Were Kings, an unforgettable account of Muhammad Ali and his triumphant career.

If you’re planning a get-together with your contact sports friends and you’re looking for the best boxing movies ever made, check out the list that we put together for you below. Don’t worry, we made sure to include some critically acclaimed classics, including Rocky. 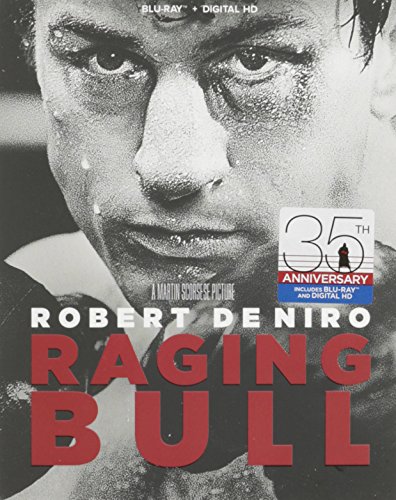 Robert de Niro is one of those actors that starred in probably some of the best movies that ever saw the light of day. While this might not necessarily be true nowadays, especially since he’s been taking it easy given his age and the fact that screenwriters aren’t as spectacular as they used to be, this one is a classic that you should definitely consider.

Jake LaMotta is a middleweight boxer who rises through the ranks so as to earn his first shot at the middleweight crown. However, he suffers from a severe inability to express his feelings, and he eventually goes into a downward spiral which costs him everything. As Ian Nathan from Empire says, this is not a film about boxing at all. It’s about the human condition.

Some of those that have seen the movie describe it as one of the best boxing movies ever and emphasize how powerful seeing it was for them.

When We Were Kings 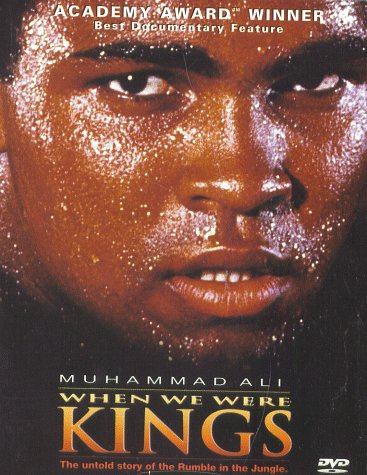 If you prefer boxing movies that are a little more serious, you should consider this particular documentary. It tells the story of the 1974 heavyweight championship in Zaire between underdog challenger Muhammad Ali and champion George Foreman. Ali apparently was a natural in front of the camera, which made shooting the documentary rather easy for the director.

There have been comments made by critics with regard to the music as some say that it could have been cut back on. There are also recollections from writers George Plimpton and Norman Mailer, but it is said that the most astute and telling contribution comes from Spike Lee.

Described as one of the most emotionally affecting documentaries that were ever made, When We Were Kings explains Muhammad Ali’s challenges as at the time of the fight, George Foreman was a 26-year-old machine who had pulverized Ken Norton and Joe Frazier, both of whom had beaten Muhammad Ali. 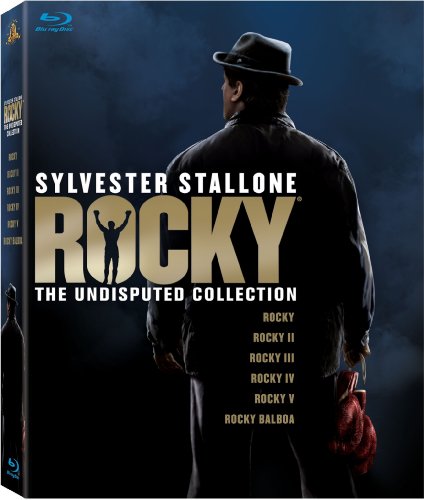 This selection would have never been the same if we hadn’t showcased Rocky here, as well. After all, it is undoubtedly one of the most boxing movies out there. Rocky Balboa is a sweet-natured, but not too bright boxer and small-time enforcer for an awful loan-shark. He has a crush on Adrian (played by Talia Shire).

Rocky gets his big chance when heavyweight champion Apollo Creed’s upcoming fight is cancelled, so that’s why his promoters pick an unknown and offer him a shot at the title. Although Rocky shows quite a bit of potential, he never made a real commitment. In fact, he’s almost thrown out of a gym as he doesn’t take boxing seriously.

Apollo’s offer offers Rocky the chance to look at himself differently. He now has the opportunity to think of himself as a person who can hold his own with the world champion. Once he gets that image in his mind, he actually wants to take steps to get there. 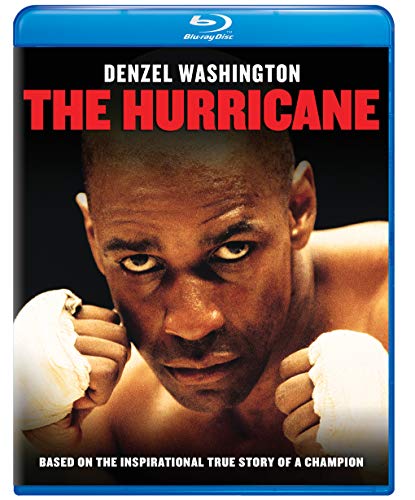 Although it doesn’t show up in every list of the top boxing movies ever, The Hurricane is one of the most motivating stories. Denzel Washington plays Rubin Hurricane Carter, a man that finds himself wrongfully convicted of having committed murder. Unfortunately, this happens right in the prime of his boxing career.

Carter is sentenced to life in prison, and that’s where he writes a memoir (The Sixteenth Round) which inspires three Canadian activists, as well as a teenager to join forces with the boxer and try to prove his innocence. Their efforts are extraordinary and ultimately secure Carter’s release, leaving Hurricane to sum up his twenty years spent in prison, all for a crime that he didn’t commit.

Denzel Washington is spectacular in this role, especially when he pronounces the famous line that Carter said at the end of his wrongful sentence – Hate got me into this place, love got me out. 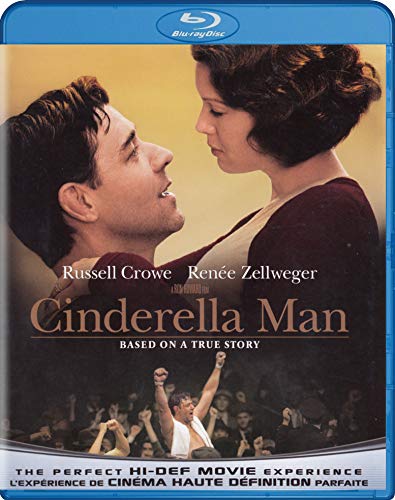 If you’re looking to get your boyfriend or girlfriend into boxing and you’re searching for something a little lighter, you should definitely consider watching Cinderella Man on a Saturday or Sunday. Some fans think that it should be placed alongside other amazing biographical films that deal with the life of great boxers, such as Ali, The Hurricane, Ring of Fire: The Emile Griffith Story, and even Raging Bull.

Also, even if you hate boxing motivation movies, but you like Russell Crowe, we guarantee that you are going to like this film. The movie tells the story of Jim Braddock, a depression-era boxer who everyone thought was down for the count. This is the story of his family and the way it has inspired him to fight back against hopelessness and prejudice.

Braddock is portrayed in a powerful and moving manner, with remarkable performances all around. The script is outstanding, and even though there is some brutal action (like in any other boxing movies), this one’s even highly recommended to families with kids. 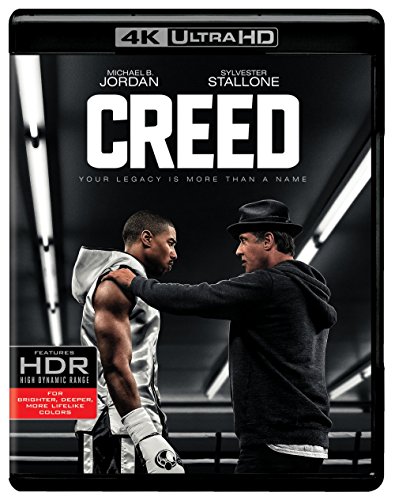 This 2016 movie is another that you should jot down your list. It’s a great motivating film. It tells the story of Adonis Johnson, Apollo Creed’s son, who never got to meet his dad as he died before Adonis was born. However, he feels that boxing is in his blood, which is the reason he seeks out Rocky Balboa and asks him to be his trainer.

Rocky is the one that sees beyond Adonis’ exterior, and that’s why he agrees to mentor him. Find out whether Adonis really has the true heart of a fighter in this amazing film that’s based on the true story of Chuck Wepner, an NJ heavyweight whose moment inspired Rocky and later on, Creed.

Some of those that have reviewed the movie say that the film is masterfully directed and has amazing screen performances. It captures what was brilliant about the first movie – the characters. It has substance, grit, as well as style, so it makes for a great choice if you like inspiring stories.

Creating a guide about boxing movies is pretty difficult since they don’t come with any specific features that you should choose depending on your preferences. However, we tried our best, so we invite you to consider reading the guide below as it can help you make a decision with regard to what film you want to see next.

Although boxing movies featuring female characters are pretty rare, they do exist. Naturally, this factor boils down to your personal preferences, but we would like to point out that boxing is a rather new sport for women, in the sense that back in the day, there weren’t even championships made for them.

What this means is that there are fewer true stories to recount in movies about female boxers. It’s not a matter of discrimination; it’s just that the number of women who box is lower compared to that of men.

There are boxing movies that are inspired by the life of famous boxers and the hardships that they have had to deal with to become champions or at least make face and get noticed for their efforts.

But there are also inspiring movies that have nothing to do with the real life of a boxer. However, we’ve noticed that most of those that we came across are based on true stories since there are so many wonderful and motivating experiences to retell and make a part of mainstream culture. We also noticed that boxing movies viewers actually prefer watching one that’s based on a true story rather than one that’s completely fictional, but it’s all a matter of taste in the end.

As you might have noticed, our top two choices are quite different in the sense that Raging Bull is a movie inspired by the life of real boxer Jake LaMotta and the other is a documentary about one of Muhammad Ali’s fights. That’s right — boxing movies can be films or they can be documentaries.

It goes without saying that the second are a little more ‘serious’ compared to the first, especially since screenwriters have to appeal to viewers’ emotions to make their movies likable. That rule doesn’t apply in the case of documentaries — at least, it’s not something that you would notice right away.

Plus, documentaries have a real recounting of the fights, along with shots and recordings of some of the best hits. Sometimes, it can be far more useful for you to watch a documentary if you’re looking to get into boxing and need motivation or you want to learn several moves from the greatest boxers of all time.

What’s The Actual Benefits Of Boxing For Women

Strength in Boxing: How Much Does It Matter?

Can You Jump In Boxing? See What The Rules Say

How to Recover From a Liver Punch